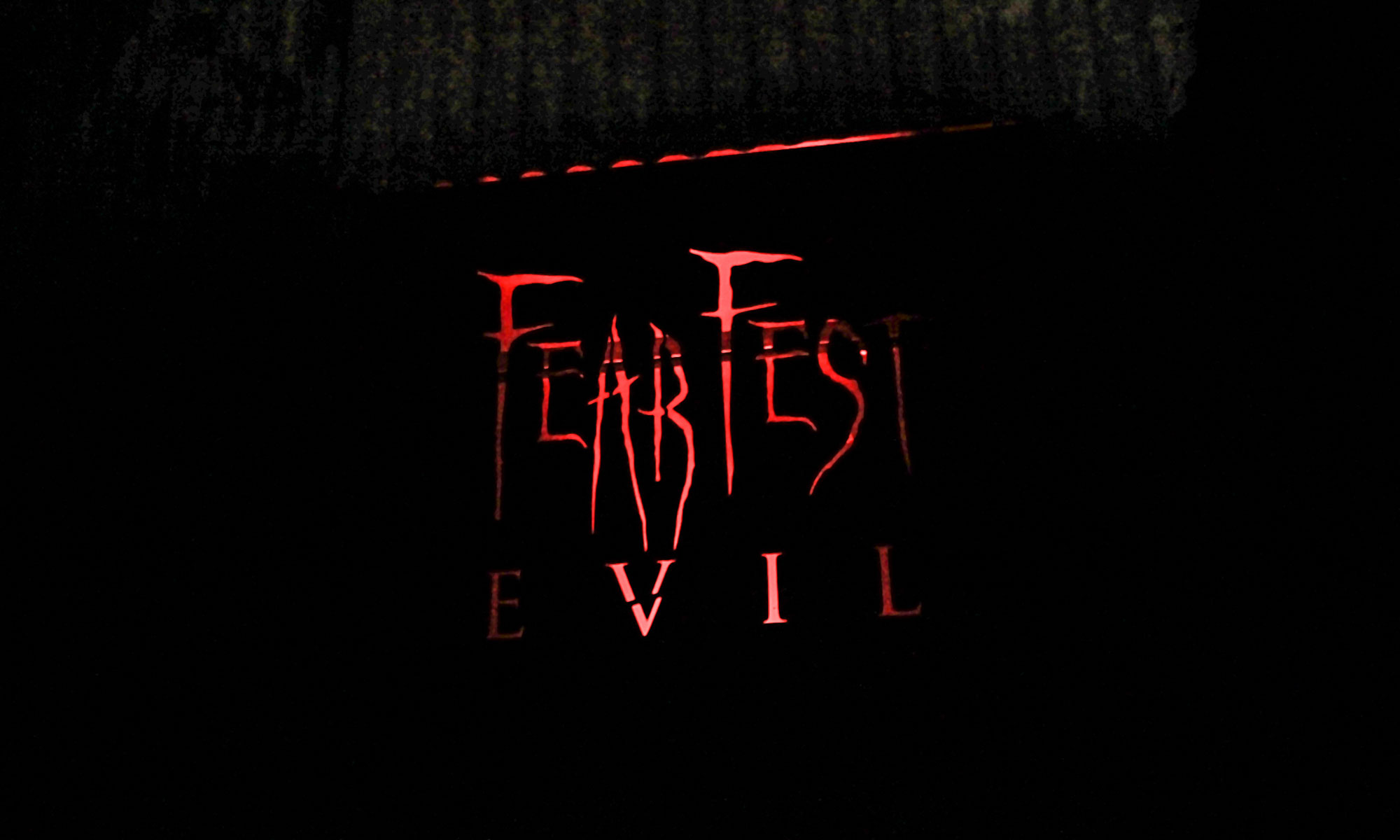 It’s been a difficult and very worrying year for everyone. COVID 19 has taken more lives and businesses than it should, but thanks to the Government, banks and services, we have managed to remain stable at the National Diving & Activity Centre.

As we approach coming out of lockdown and some businesses reopening, we have carefully considered our options for reopening. However, we have decided to not open the National Diving & Activity Centre to the general public this year, and are unlikely to reopen until the 2021 season.

Sadly this means that the FearFest-Evil horror event will not be held this year.

END_OF_DOCUMENT_TOKEN_TO_BE_REPLACED

One of our guests wanted to propose to his partner as a surprise during FearFest-Evil, our award-winning scare attraction near Chepstow.

The FearFest-Evil team made arrangements to kidnap the couple on Halloween night in Chop-Chop’s house of horrors.

Our Creatures-of-the-Night carefully followed the pair around the horror event until they reached the target scare zone. At this point the creatures pounced and separated the pair.

While the unsuspecting partner was captured and being placed in Chop Chop’s chair, his other half was taken away to another part of the FearFest-Evil set. In just a few seconds our costume team disguised him up as one of our Creatures-of-the-Night and returned him to inflict terror on his partner!

The victim had no idea who was behind the mask tormenting him and shouted the safe word several times!

Finally the creature revealed himself, took to one knee and proposed… it was extremely tense, and the victim’s shock meant that the answer wasn’t forthcoming… but eventually he said YES!

After congratulations and forgiveness for the ordeal, we let our new Creature-of-the-Night keep his costume as a memento – hopefully he’ll wear it to the wedding!

FearFest-Evil is a live and immersive horror event running selected nights in October, including Halloween Night.

Our site at Chepstow’s National Diving & Activity Centre offers a unique setting for your wedding celebration or stag/hen party. Our Water View Marquee is set in a beautiful location, overlooking the clear blue waters of our Chepstow lake. The marquee seats 120 people with a fully licensed bar and late licence available on request. We also have 31 Wooden Wigwam Glamping Cabins for guests wanting to stay the night.

Find out more at about our unique wedding venue » 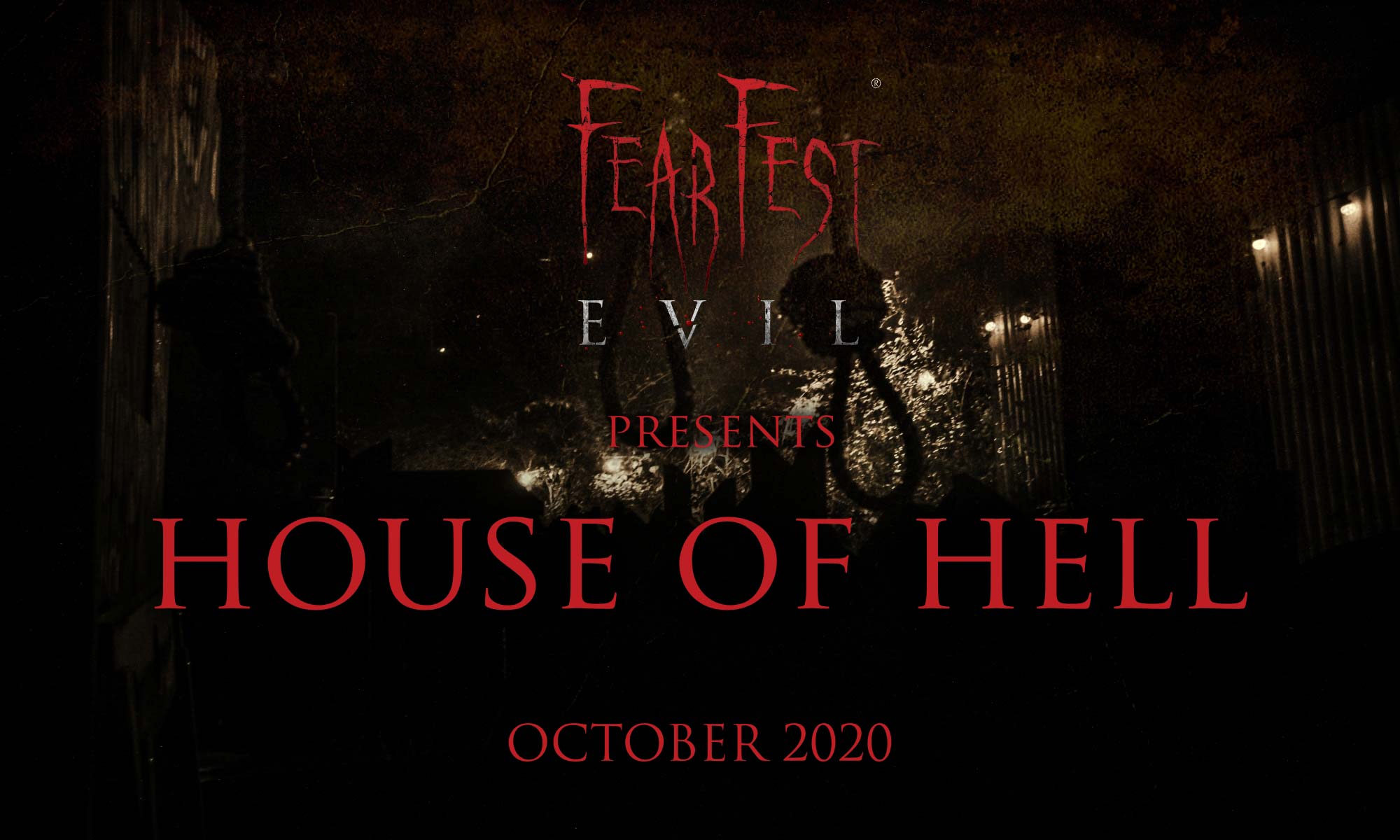 We hope you enjoyed your visit to FearFest-Evil and survived your encounters with your soul and sanity intact!

We’re pleased to announce that FearFest-Evil will be returning in October 2020 with ‘House of Hell’.

Details are under wraps at the moment, but it’s sure to be a fantastic horror event, expanding on the best parts of 2019’s Condemned.

END_OF_DOCUMENT_TOKEN_TO_BE_REPLACED 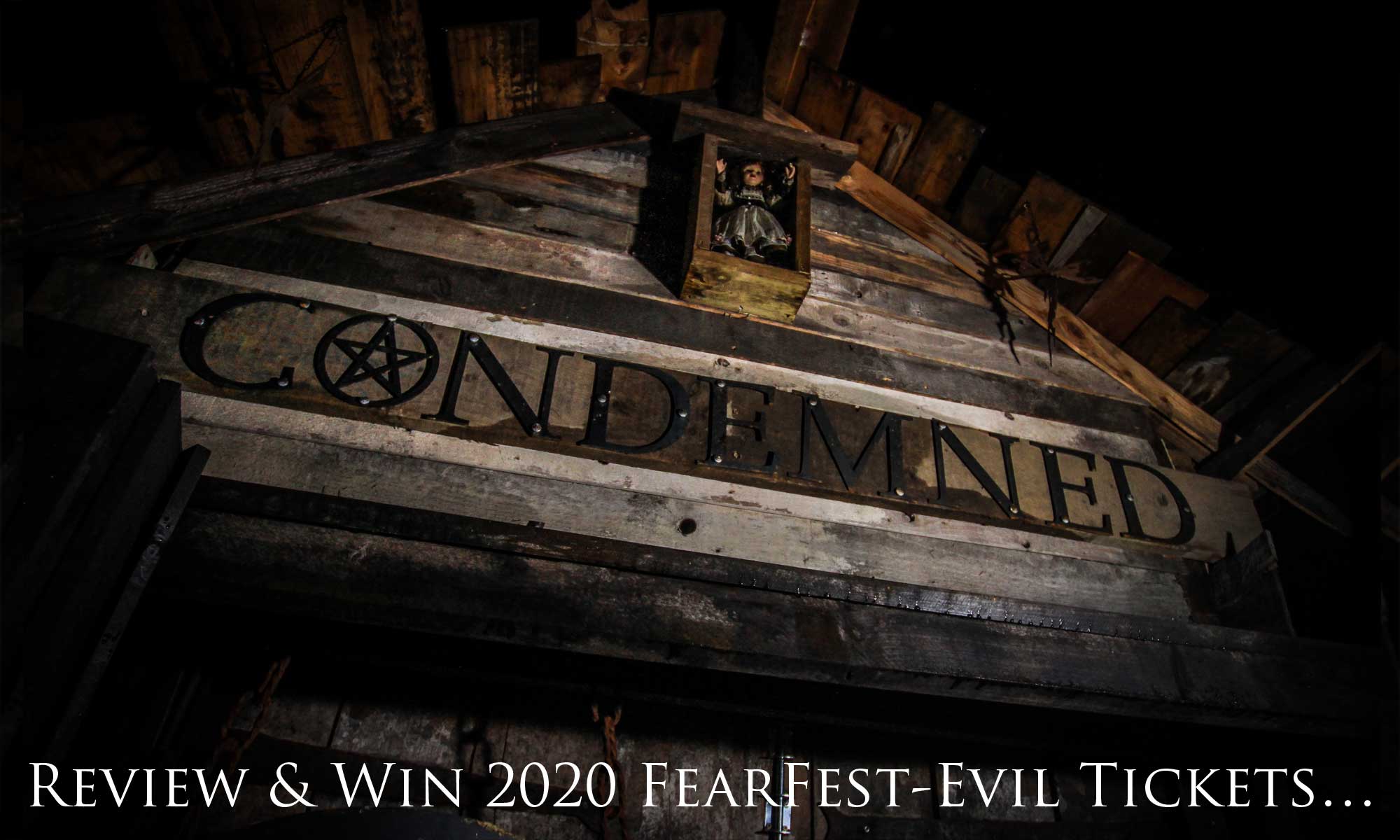 If you were one of our guests at FearFest-Evil Condemned, we hope you enjoyed your visit. Hopefully you survived any encounters with the Creatures-of-the-Night with your soul and sanity intact! 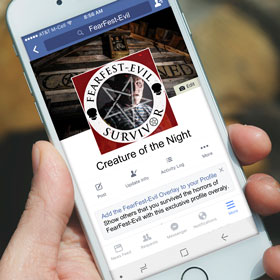 If you are on Facebook, we have an exclusive 'Survivor' profile overlay for you to use so that you can bask in the glory of your escape from hell!

We have been receiving lots of fantastic feedback from the weekend and we really enjoy reading all your posts and tweets.

If you have a moment to spare we'd love to know what you thought of FearFest-Evil Condemned and would really appreciate a review on one or more of the review sites.

Each week we will select our favourite review. The winner will receive Two FREE Tickets to the opening weekend of FearFest-Evil 2020.

END_OF_DOCUMENT_TOKEN_TO_BE_REPLACED 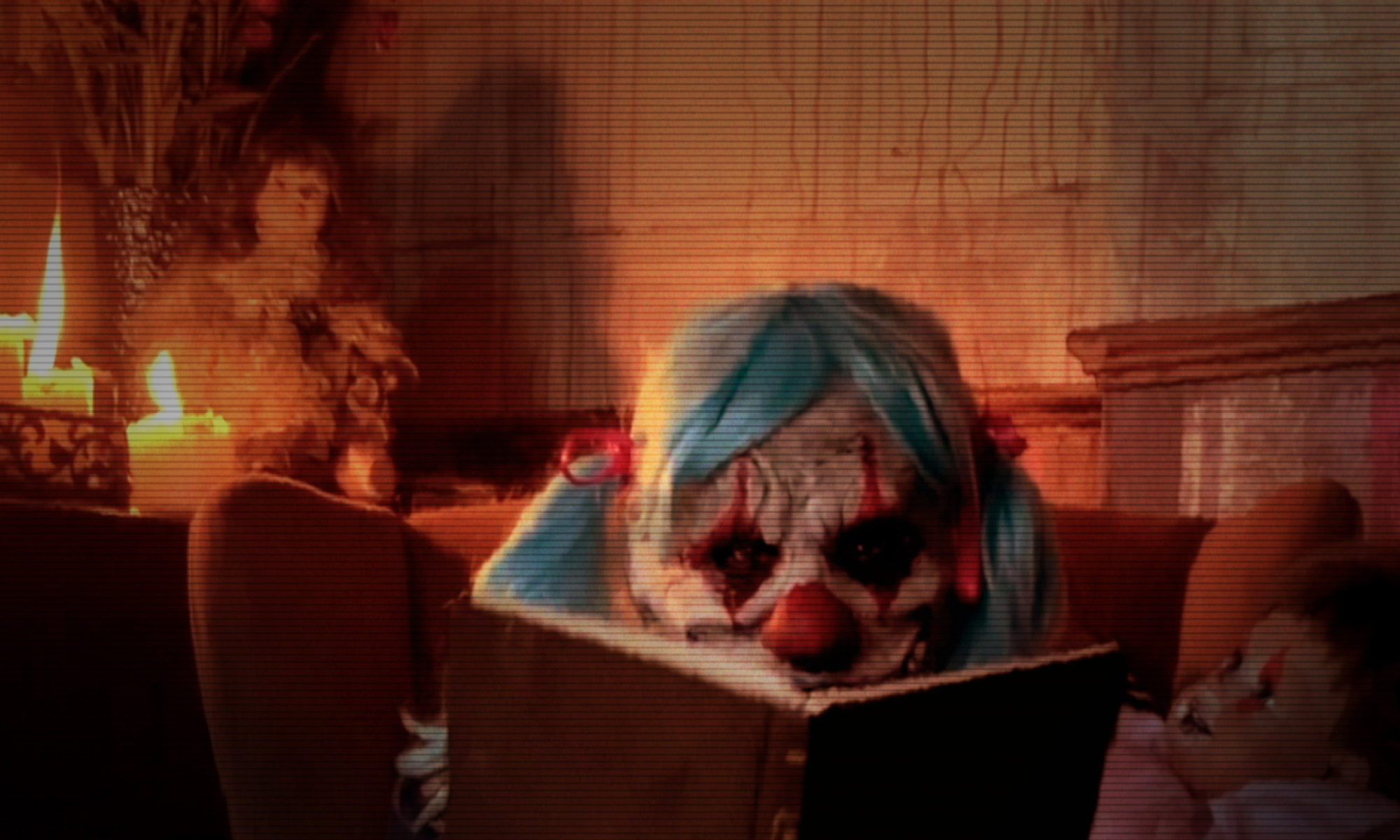 He looks forward to seeing you very soon at FearFest-Evil: Condemned

VIP and Standard tickets are available NOW for Friday and Saturday night.

Join us if you dare at our award-winning, live and immersive horror experience near Chepstow.

• Details of our FearFest-Evil packages are available here »

See you soon, sleep tight and don’t have nightmares!

FearFest-Evil is a live and immersive horror event running selected nights in October, from Friday the 11th and including Halloween Night. 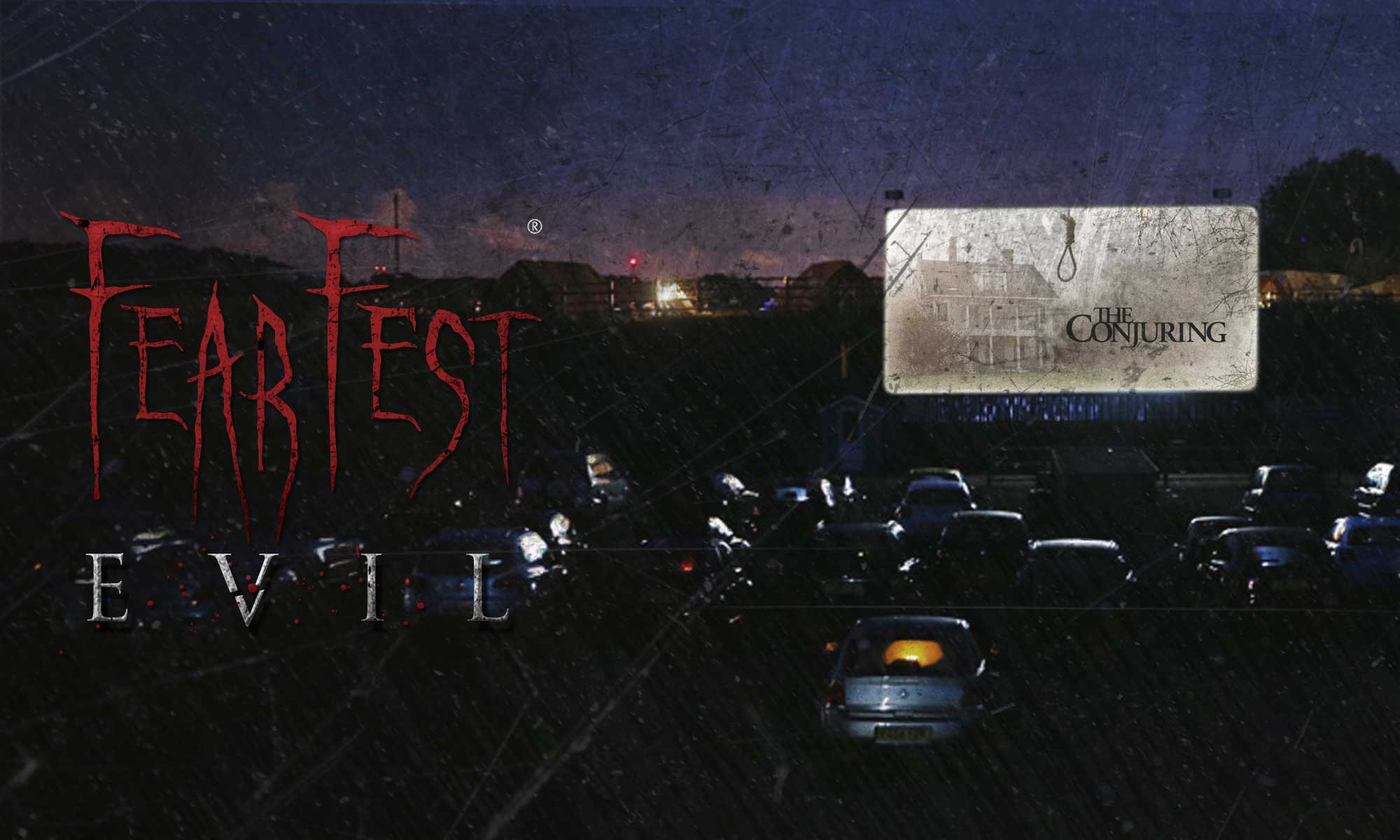 This screening is now fully booked. However, there are a few remaining tickets. Find out how you can get one here ». 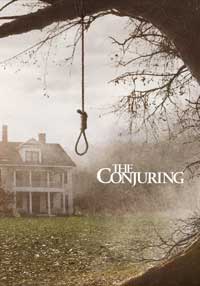 Throughout September we’re screening FREE horror movies at our Drive-In Cinema in Chepstow. These free cinema tickets are to celebrate the launch of the 2019 FearFest-Evil​ horror event, running on selected dates this October and Halloween.

The fourth and final of our four films is the horrifying, The Conjuring.

"Based on a true story, The Conjuring tells the suspenseful tale of Lorraine (Vera Farmiga) and Ed Warren (Patrick Wilson), world renowned paranormal investigators, who were called to help a family terrorized by a dark presence in a secluded farmhouse." Amazon END_OF_DOCUMENT_TOKEN_TO_BE_REPLACED 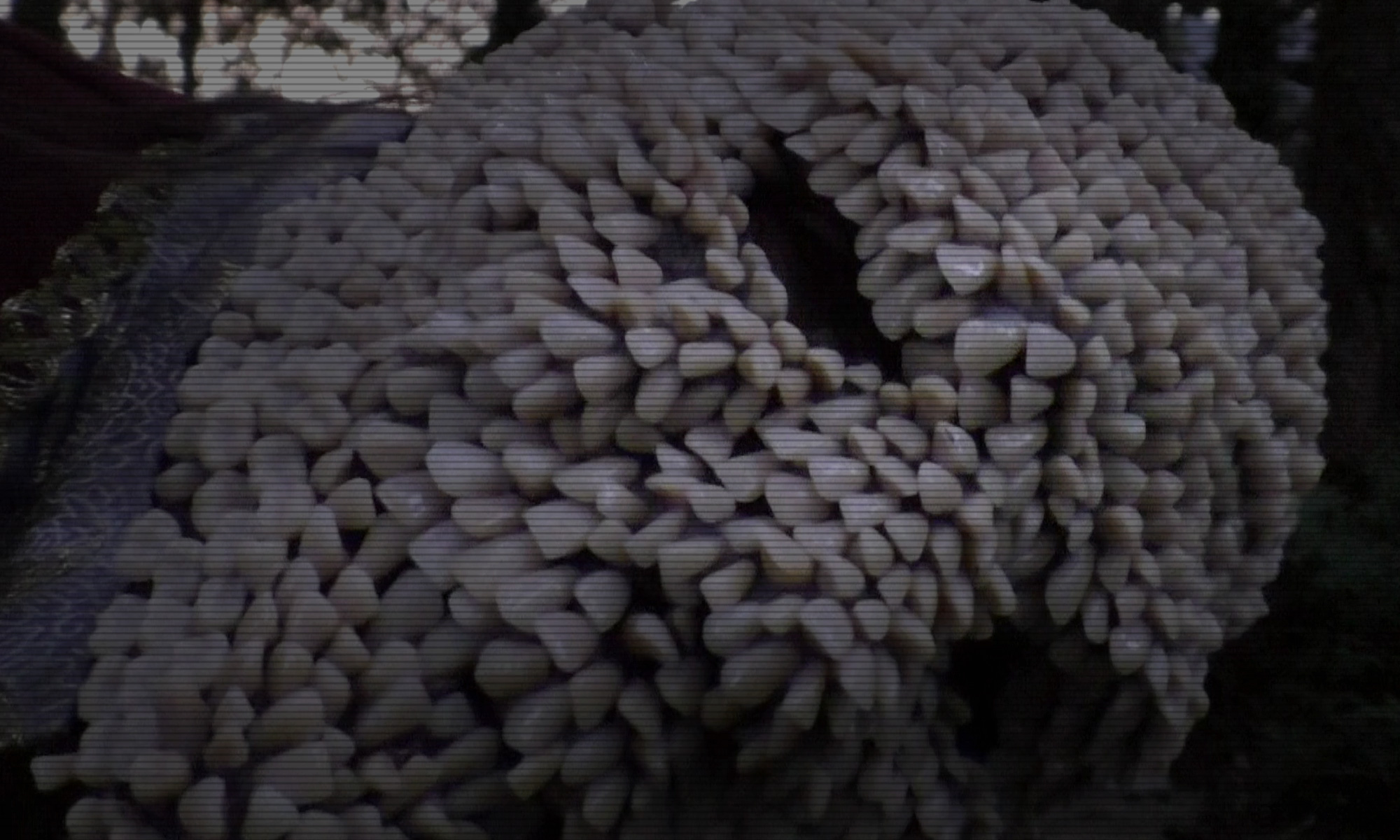 Introducing Versila Teef in "Wearing A Smile"
Who is the tooth fairy?
Do you want to know?

Versila feeds from the roots, gaining life from the bone.

Do not smile, do not stare,

You will need to choose; mesmerising fairy or hideous witch – will you give your teeth with pleasure or have them smashed out with pain?

Standard and limited VIP tickets tickets are available now for selected nights in October, including Halloween!

FearFest-Evil is an immersive horror experience, taking you on a terrifying journey through anxiety-inducing, adrenaline-filled indoor and outdoor environments.

Set around an abandoned railway line, disused quarry & forgotten woodland near Chepstow, FearFest-Evil is the ultimate Halloween Scare Experience for only the bravest of horror fans.

FearFest-Evil runs across selected nights in October 2019, from Friday the 11th and including Halloween. Join us if you dare…

For the bravest amongst you, book your tickets now 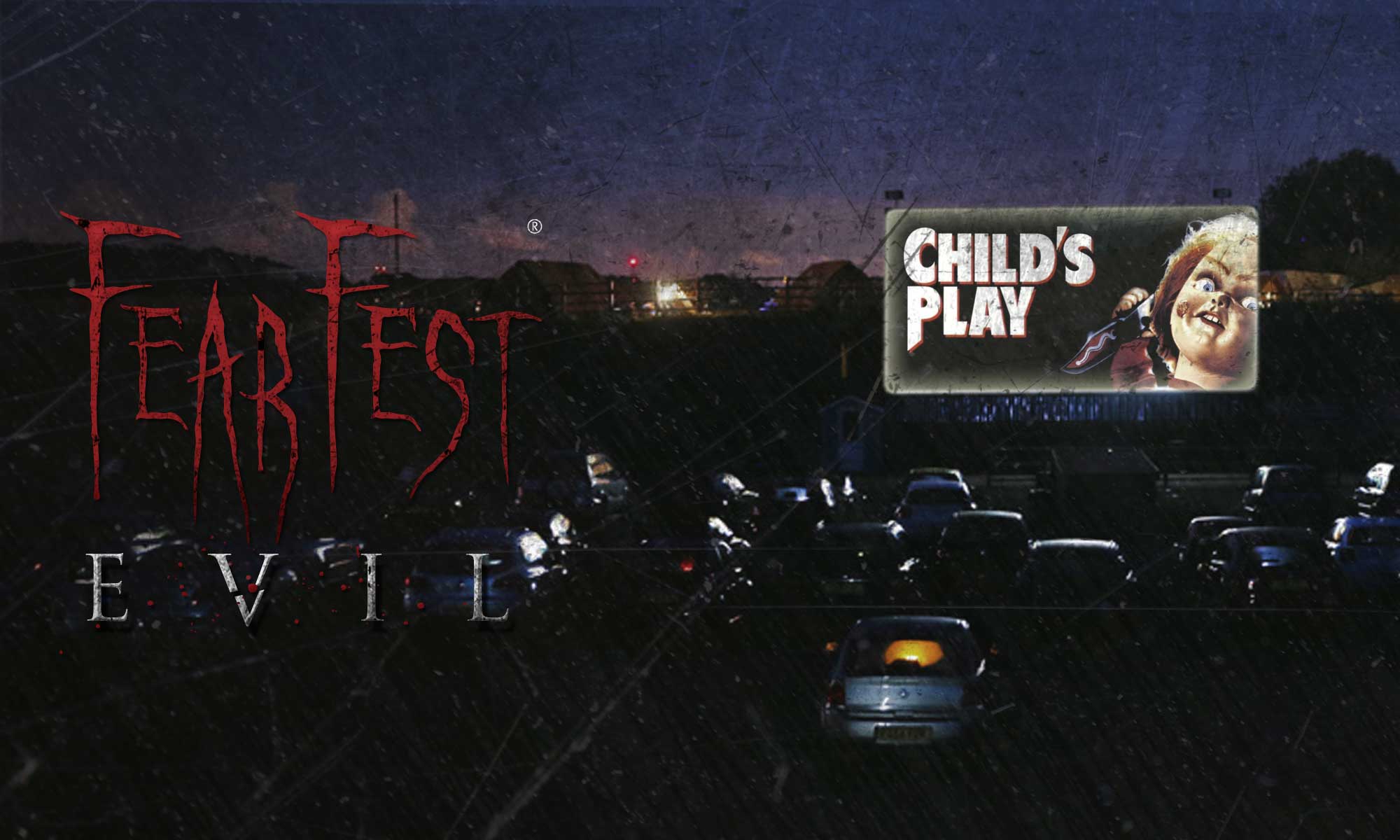 This screening is now fully booked. Keep your eyes peeled on social media for details of the next code release. 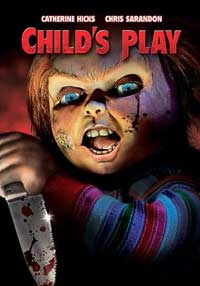 Throughout September we’re screening FREE horror movies at our Drive-In Cinema in Chepstow. These free cinema tickets are to celebrate the launch of the 2019 FearFest-Evil​ horror event, running on selected dates this October and Halloween.

The third of our four films is the original and best of the Chucky franchise, Child’s Play.

"When serial killer Charles Lee Ray is mortally wounded in a police shoot-out, he uses a voodoo spell to transfer his soul into Chucky, a ‘Good Guys’ doll." Amazon

"A single mother gives her son a much sought-after doll for his birthday, only to discover that it is possessed by the soul of a serial killer." IMDB END_OF_DOCUMENT_TOKEN_TO_BE_REPLACED 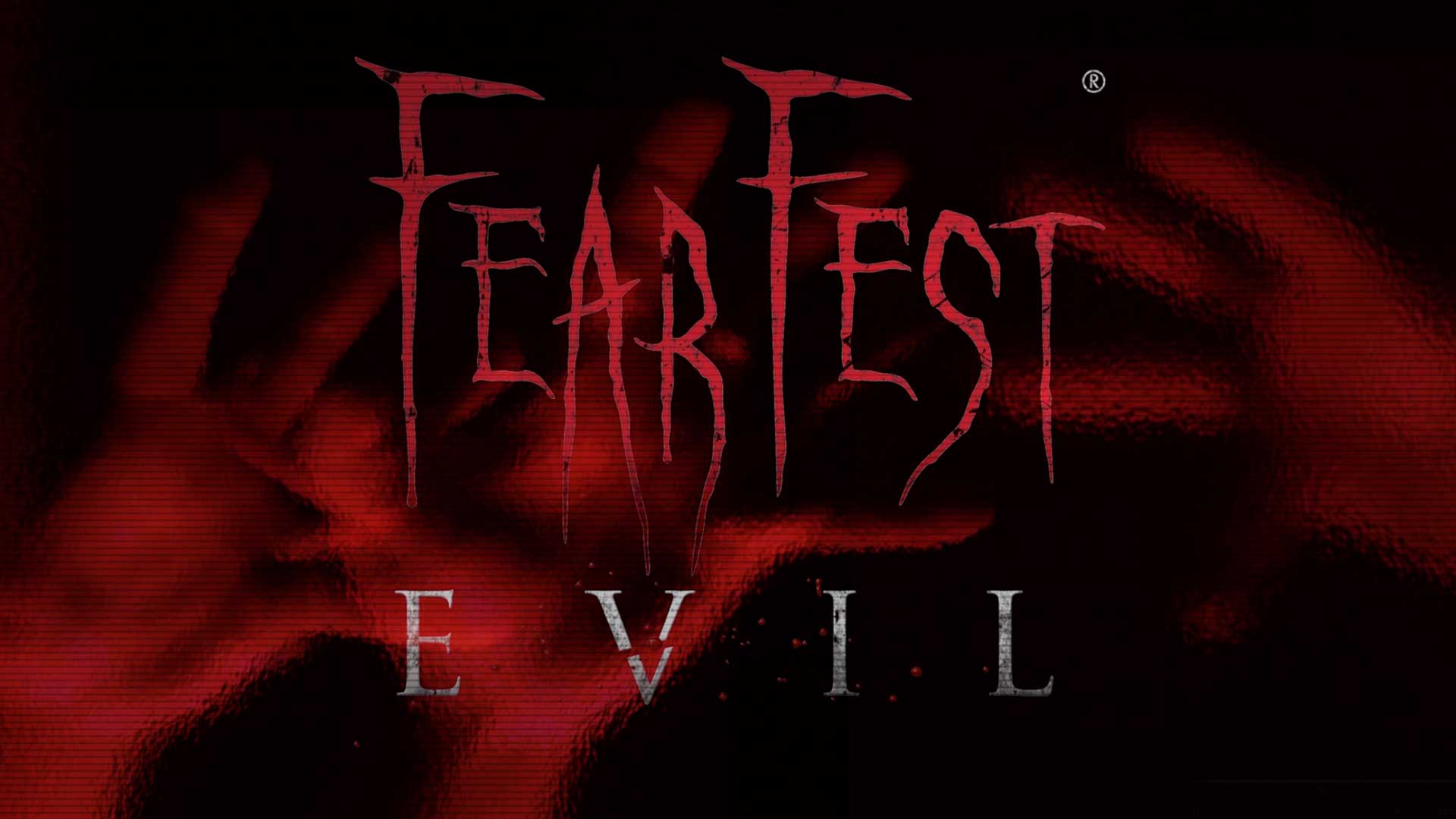 This is a public information notice.

Standard and limited VIP tickets tickets are available now for selected nights in October, including Halloween!

For the bravest amongst you, book your tickets now 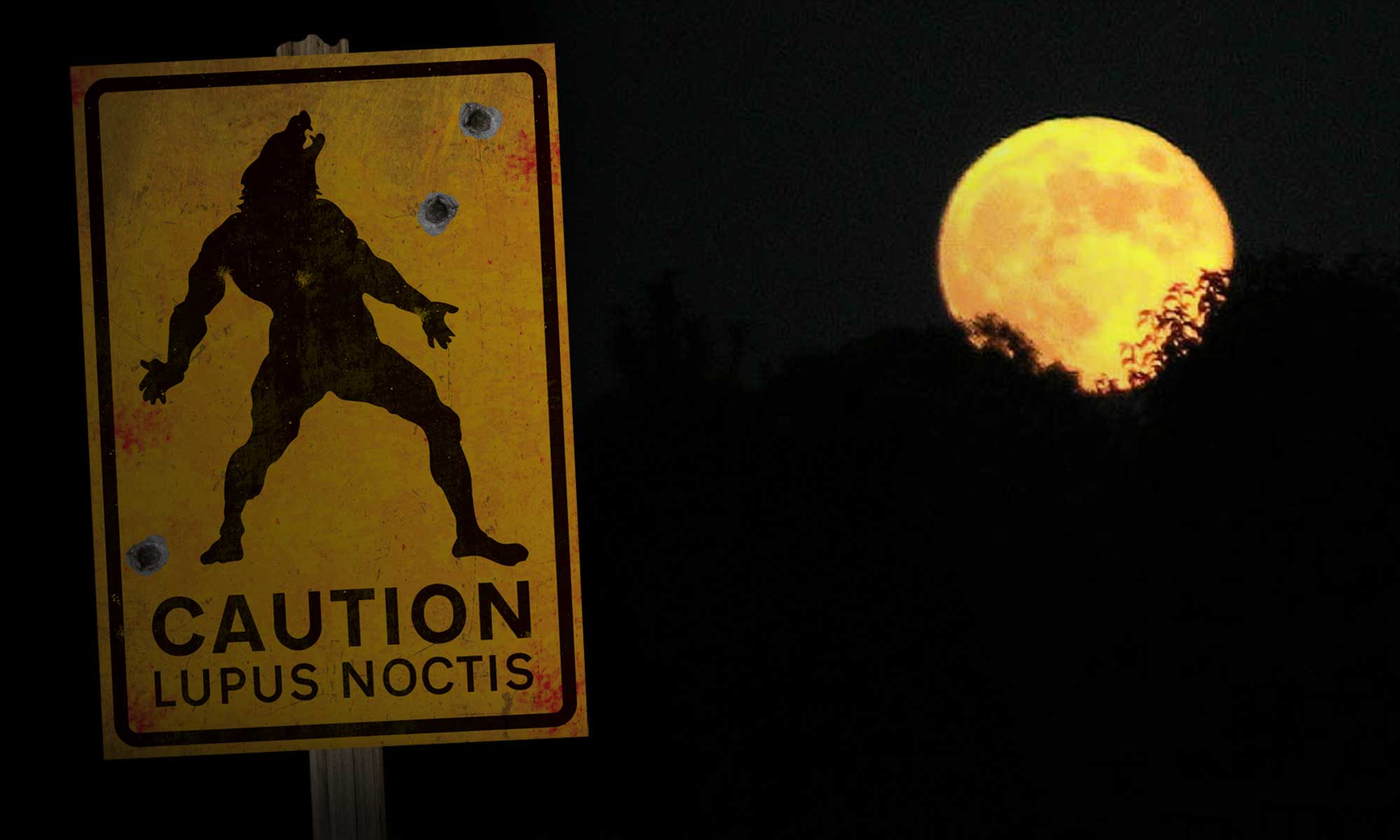 This Friday 13th September there will be a full ‘Harvest Moon’ in the sky.

With a combination of the full moon and the unlucky Friday 13th we have grave concerns for your safety and advise local residents to take precautions and stay indoors.

In previous years, large creatures have been spotted in the shadows of the woodland during a full moon, particularly at the Northern area of the National Diving & Activity Centre.

During previous full moons, local Tidenham Farmers have reported livestock disappearing and several cows have been found dragged into the woodland and mutilated.

Local folk tales talk of wolves and even wolf-men at this time of year. However this may just be a local legend created by farmers to keep people off their land – it is far more likely that the animals are large dogs that have escaped.

If you are attending the FREE Cinema Screening on Saturday 14th September, we advise keeping doors and windows closed at all times.

Joanne W
Four of us attended Fear Fest last night (Halloween) at 11pm and we had a brilliant time from start to finish. We paid extra to do the zip wire which was fab would like to do again in the light, and we also got drink and food vouchers which was really good, food was yummy. The guy in black at the start hanging around the tent was super intense he didn’t even have to say anything and we were freaked out. The walk itself was extremely jumpy and lots of screams. We had a fab night thanks Fear Fest.… END_OF_DOCUMENT_TOKEN_TO_BE_REPLACED