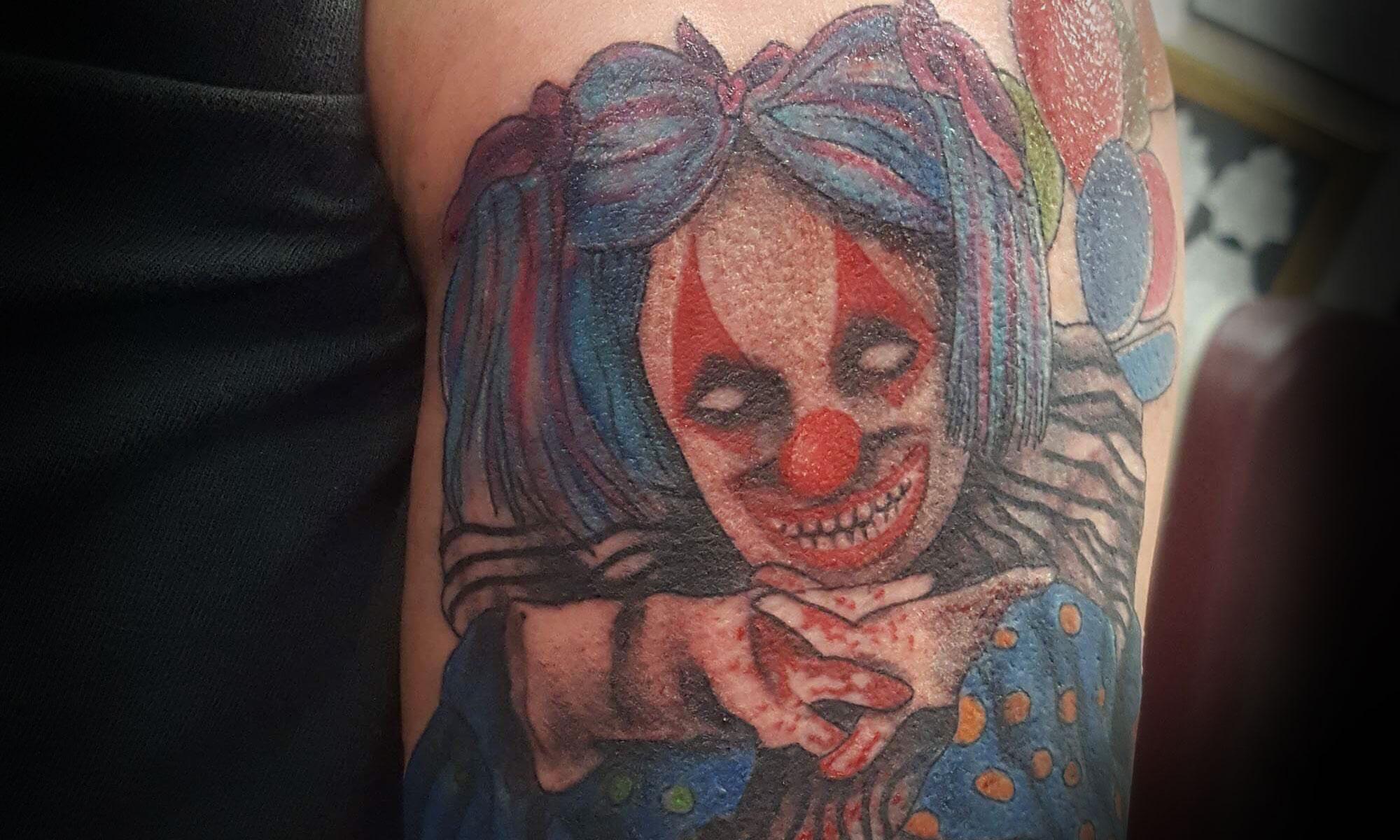 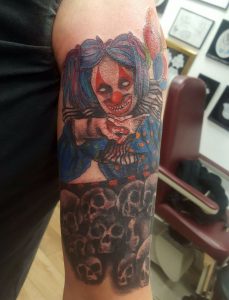 Neil Dodd, A FearFest-Evil Super fan, has been inspired by the terrifying Mr Gacy and recently got this awesome tattoo! Mr Gacy the crazy clown was designed by BurkBench Designs and played by Ricky Gunter. He was one of the standout characters of FearFest Evil and we’ve plenty of reports of recurring nightmares following people’s encounters with him! The artwork was inspired by a photo taken of the FearFest-Evil Character, taken by KingDom Images. The tattoo itself was inked by ‪Kris Passmore‬ from Inked Up Bristol Neil is looking to fill his arm with the other characters from FearFest-Evil, we can’t wait to see the results! 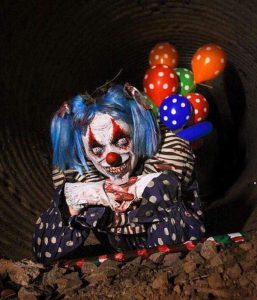 “if you’re planning scaring yourself silly, FearFest-Evil could be just the thing”

Absolutely great night. Staff and actors was awesome. Myself, My Mrs & My Kids had a amazing few hours out. Some scary and jumpy bits and we laughed at each other’s actions all the way around. It is what you make of it.…Well done to all who puts the event on. See you next year.

…The actors were amazing and very realistic. We had a great night and thought well worth the money. A few in our party even upgraded to the zip wire. Excellent night

Had a fantastic nite…cant wait for next yr!!!! would recomend to everybody

Had a great time, loads of different ‘areas’ in the walk and many, many creepy characters encountered on the way.

“It’s definitely not for the faint hearted.”

Having been to something similar in Orlando, I wasn’t sure whether it would live up to it’s hype. IT REALLY WAS BRILLIANT! The whole experience from checking in to being guided to the entrance gates was fun and full of scares. We especially enjoyed the themed areas, and the zip wire added to the excitement.

Went last night it was amazing. I am a huge wimp anyway but there was constant scares and the actors were so good!! The haunted house was awful, I started crying and the zip wire was a great way to finish it off! Loved it!