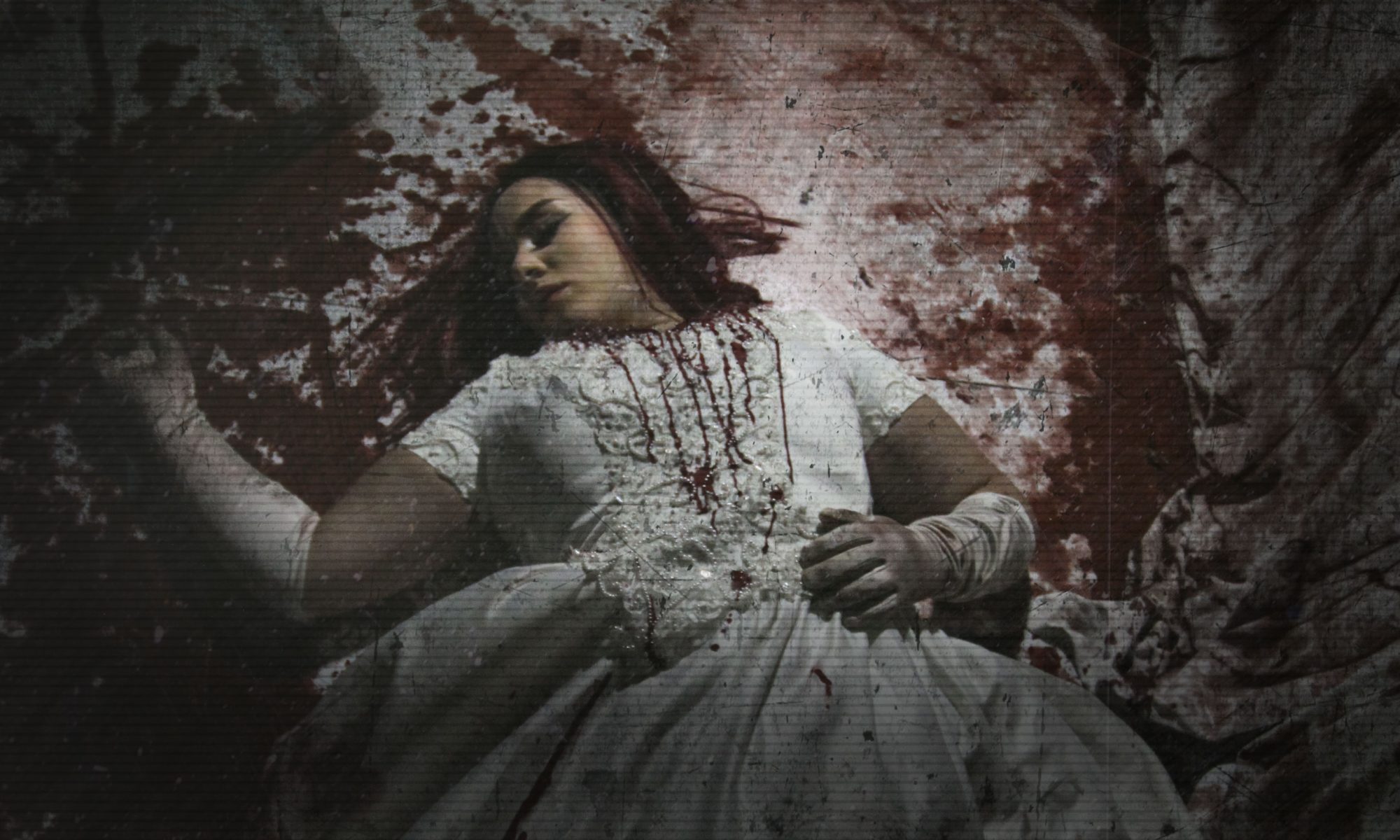 She was last seen approaching a house, rumoured to be haunted, in the middle of Coombesbury Woods. This area now makes up the Northern part of Chepstow’s National Diving & Activity Centre (NDAC).

Her dress was spotted hanging in the woods, but a body was never found, despite a search party spending many weeks looking for her.

Over the years mirrors have mysteriously appeared in the in the woods. Locals say that it’s Elizabeth’s vanity seeking a new husband, and some say they have caught glimpses of the bride at night.

Book your tickets to FearFest-Evil »

Really enjoyed our evening with Fear Fest, just enough people in the group with a tense atmosphere created by the leader,the scares were good too…sets were awesome and actors convincing too… Well done to all involved

Went last night, it was so much fun! The actors were fab and the staff were really friendly. The zip wire was fantastic!!! I’d highly recommend it. Spooktacular!!

…it was fab night, so much effort put in to make it more fun…Thumbs up Fear Fest you did a good job.

EVERYONE who loves a good scare, an adrenaline rush, good grub, drink and a great atmosphere needs to head over to the National Diving & Activity Centre for the Fear Fest !!!
Top it all off with a 70m zip wire traveling at 40mph with a hog roast waiting at the bottom!

Have now been though the experience twice and was just as terrified the second time – even though I knew what was coming!! Voice has gone from screaming so much 🙁 would definitely recommend!

Amazing night!! Was scared from start to finish, definitely recommend