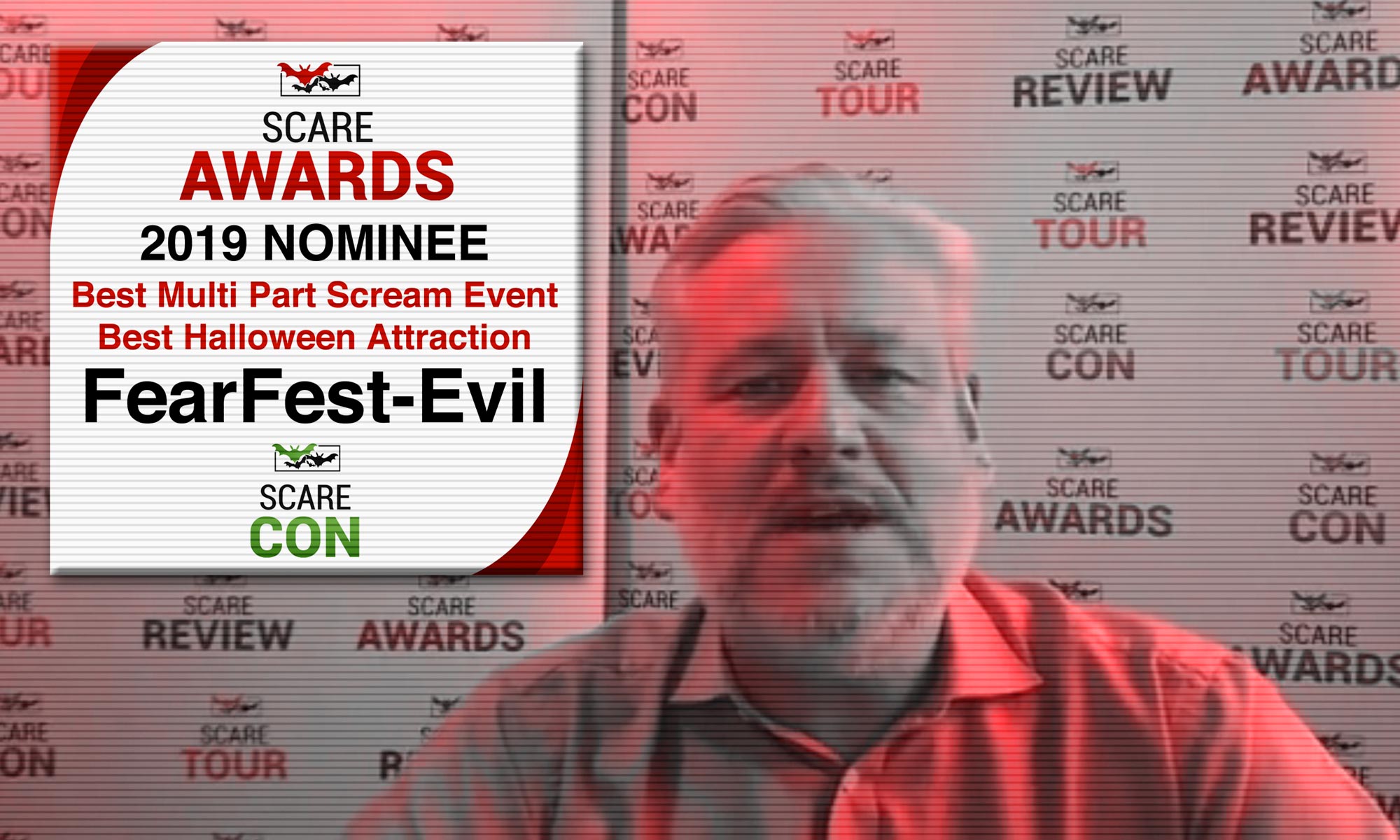 We’re over the moon to announce that FearFest-Evil, The Rising has been nominated for two SCAR Awards by ScareCON.

Both horror award nominations are in ScareCon’s "Big Three" categories, and includes the final and prestigious category of ‘Best Halloween Attraction’.

The two SCAR Awards that FearFest-Evil has been nominated for are: 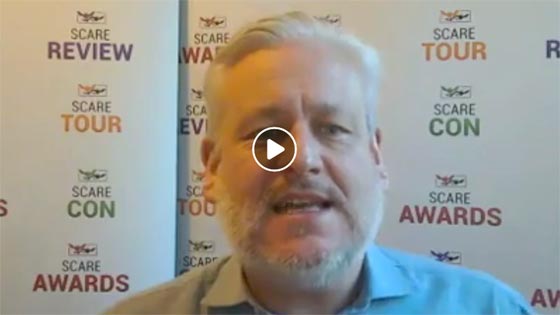 ScareCON is Europe’s ONLY show dedicated to the scare attraction industry and is the highlight of the year for attraction owners, designers and scare fans alike.

Some of the FearFest-Evil team will be heading up to Staffordshire to enjoy the dedicated programme of workshops and seminars, the infamous ScareBALL costume party with live entertainment, the evening meal and hopefully come back with some silverware from the SCAR Awards!

If you’re interested in coming along to a great weekend at ScareCon, tickets and details are available from ScareCon.org

Well done to the FearFest-Evil team, our supporters and of course everyone who came along to make the event such a success.

I really enjoyed! The actors were terrifying and the scare zones were brilliant. Will definitely be returning!

Thoroughly enjoyed Fear Fest! Lots of fun with some scares! Very well organised and the actors were great.…Thank you for a very enjoyable, funny and scary evening.

Had a great time with my friends! The clown was the best had us walking thru tunnels and into dark rooms. Was tons of fun!

I can honestly say it was better than I thought it would be. From start to finish it was fab, the actors were all awesome, full credit to them cos they frightened the poop out of me and my mate big time, they could obviously see we were bricking it and frightened us even more…I would definitely recommend you try it…I loved it…

Amazing night! Would defiantly recommend this.

We all had a wicked time, defo go again, had the best laugh…