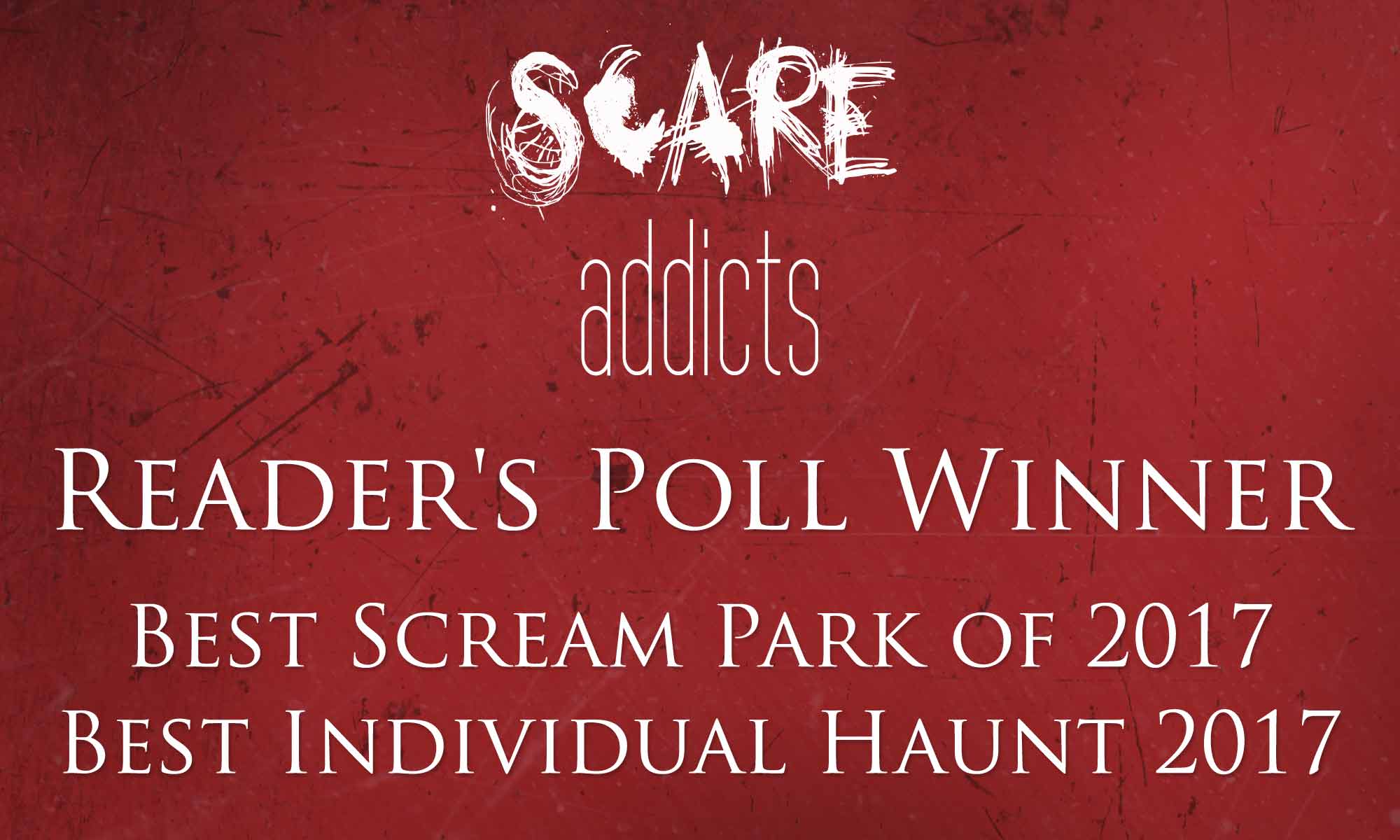 At the start of 2018, the popular horror blog and scare event review site, Scare Addicts, published their Best of 2017 Horror Attraction Awards.

We were really pleased to be nominated and over the moon to win two awards in the reader’s poll.

"As far as unique experiences go, FearFest-Evil is up there with a location that adds so much to the atmosphere. The actors were brilliant here, especially in the main haunt, House of Horrors, and some of the theming was the most creative that we witnessed this Halloween." Scare Addicts 2018 Best Scream Park of 2017 Scare Addicts Reader’s Poll

The great thing about these awards is that they have been voted for by visitors to the events themselves. We pride ourselves on the fantastic feedback we have received and that 96% of our Facebook reviewers have given us 5 stars!

"It probably makes sense that people voting for FearFest-Evil as their favourite scream park would also choose a haunt from that event! We can see where people are coming from with this one, it was truly beautiful, forcing some cool interactions with the environment. And the character introducing us to this haunt was memorable to say the least!"
Best Individual Haunt of 2017 Scare Addicts Reader’s Poll

Thanks so much to everyone that took the time to vote for us in the 2017 awards. The 2018 event is looking to be a fantastic development on 2017’s and we’re looking forward to scaring you again! 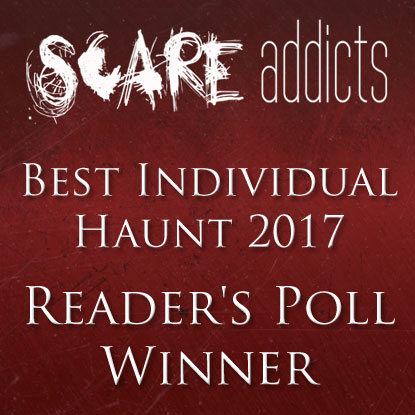 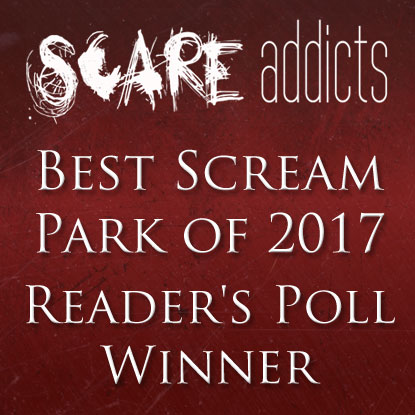 “Just got back in from this , wow what an experience scared me to f^*k 10/10 effort put into this event is unreal

Wow – what an amazingly spooky evening at Fear Fest. Though I knew it wasn’t real, the professional way this was all done actually spooked me up! I felt like one of the survivors in The Walking Dead at one point when walking down the disused railway track. The house and tunnels were sooooo well done I nearly pooped! Here’s to next year!

Me and my daughter came today and she absolutely loved it!! So much that we are coming back in half-term to do it again!

Went last night it was amazing. I am a huge wimp anyway but there was constant scares and the actors were so good!! The haunted house was awful, I started crying and the zip wire was a great way to finish it off! Loved it!

Awesome loved it , defo come back next year

…The actors were amazing and very realistic. We had a great night and thought well worth the money. A few in our party even upgraded to the zip wire. Excellent night

It was very jumpy and scary! Loved every second! Worth every penny!

Well done Fear Fest, what an awesome night! ! We had great fun, lots of screams and jumps. Hope you guys will be doing it next year! ! Massive thumbs up!…it was a great laugh and different from a normal night out!

What an awesome night!! The set was totally amazing!! I owe a massive thank you to the gas masked freezer guy who got me through the tunnels in a moment of blind panic!!! He took total control when I didn’t know what to do!! Dont think I thanked him I was such a mess. So thank you gas mask guy 🙂 P.s. The zip wire was phenomenal!!!